The Eurofighter Typhoon is a multinational twin-engine, canard delta wing, multirole fighter. The Typhoon was designed originally as an air superiority fighter and is manufactured by a consortium of Airbus, BAE Systems and Leonardo that conducts the majority of the project through a joint holding company, Eurofighter Jagdflugzeug GmbH. The NATO Eurofighter and Tornado Management Agency, representing the UK, Germany, Italy and Spain, manages the project and is the prime customer.
1/48 Revell RAF Eurofighter Typhoon 'Blackjack'


The aircraft's development effectively began in 1983 with the Future European Fighter Aircraft programme, a multinational collaboration among the UK, Germany, France, Italy and Spain. Previously, Germany, Italy and the UK had jointly developed and deployed the Panavia Tornado combat aircraft and desired to collaborate on a new project, with additional participating EU nations. However disagreements over design authority and operational requirements led France to leave the consortium to develop the Dassault Rafale independently. A technology demonstration aircraft, the British Aerospace EAP, first flew on 6 August 1986; a Eurofighter prototype made its maiden flight on 27 March 1994. The aircraft's name, Typhoon, was adopted in September 1998 and the first production contracts were also signed that year.

The sudden end of the Cold War reduced European demand for fighter aircraft and led to debate over the aircraft's cost and work share and protracted the Typhoon's development: the Typhoon entered operational service in 2003 and is now in service with the air forces of Austria, Italy, Germany, the United Kingdom, Spain, Saudi Arabia and Oman. Kuwait and Qatar have also ordered the aircraft, bringing the procurement total to 623 aircraft as of 2019. 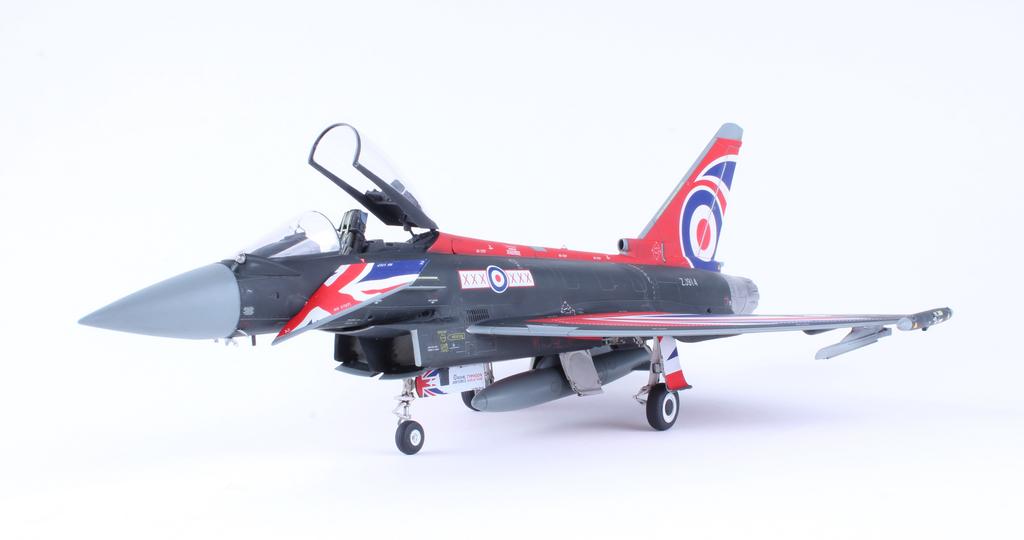 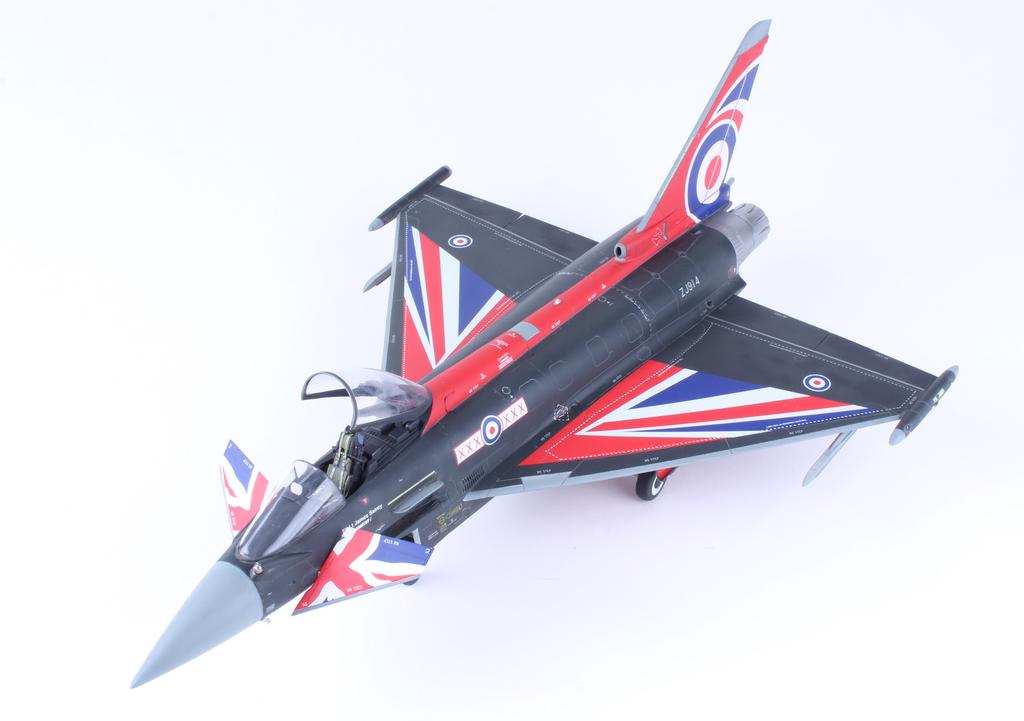 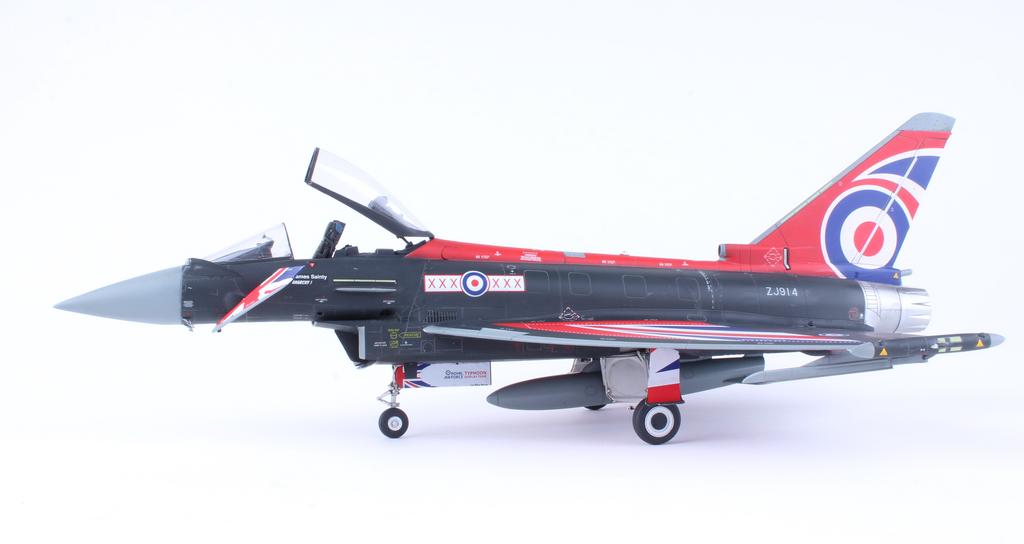 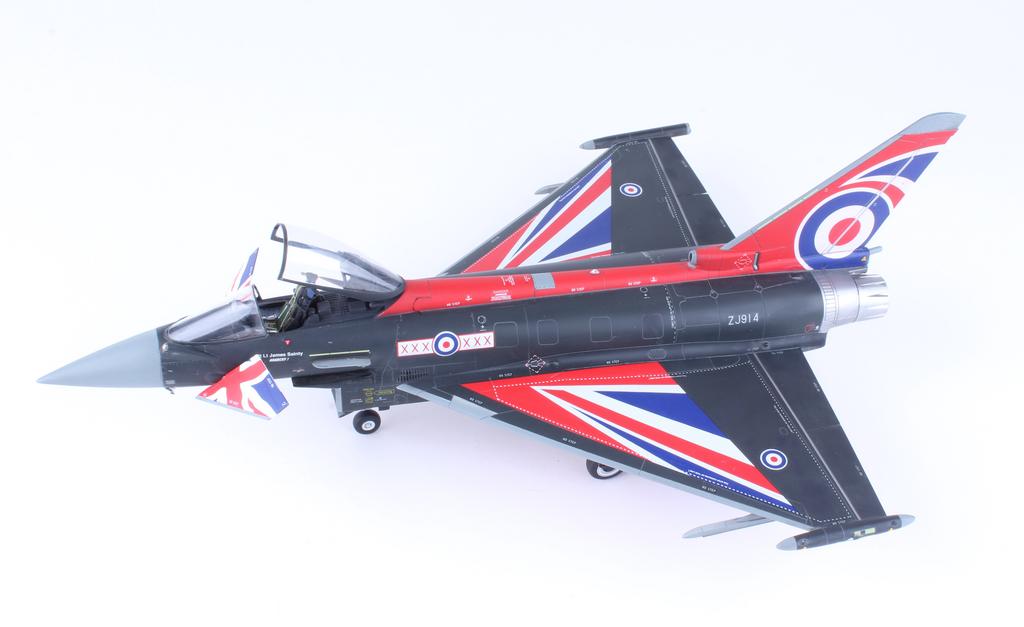 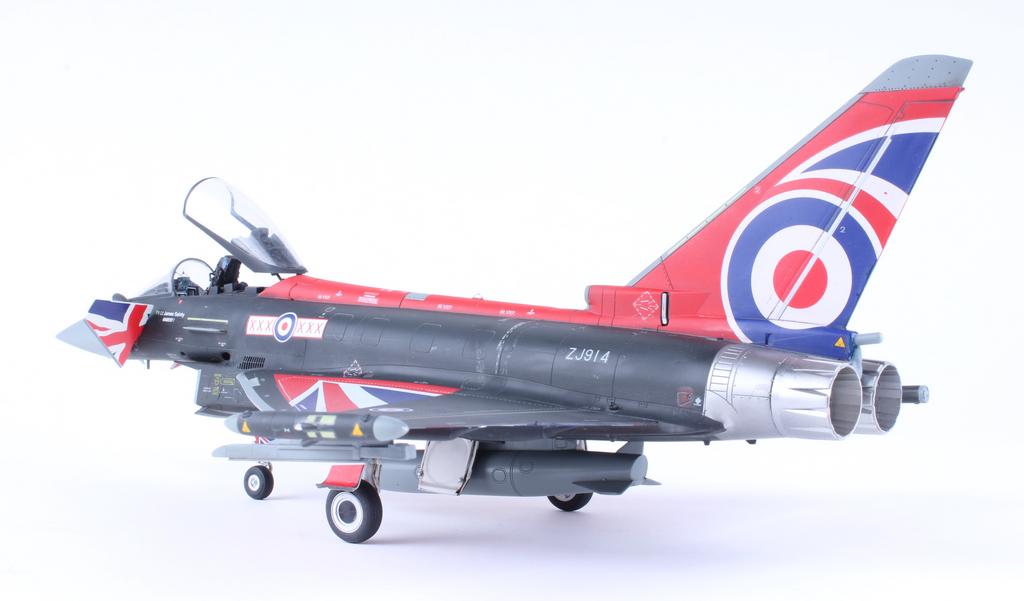 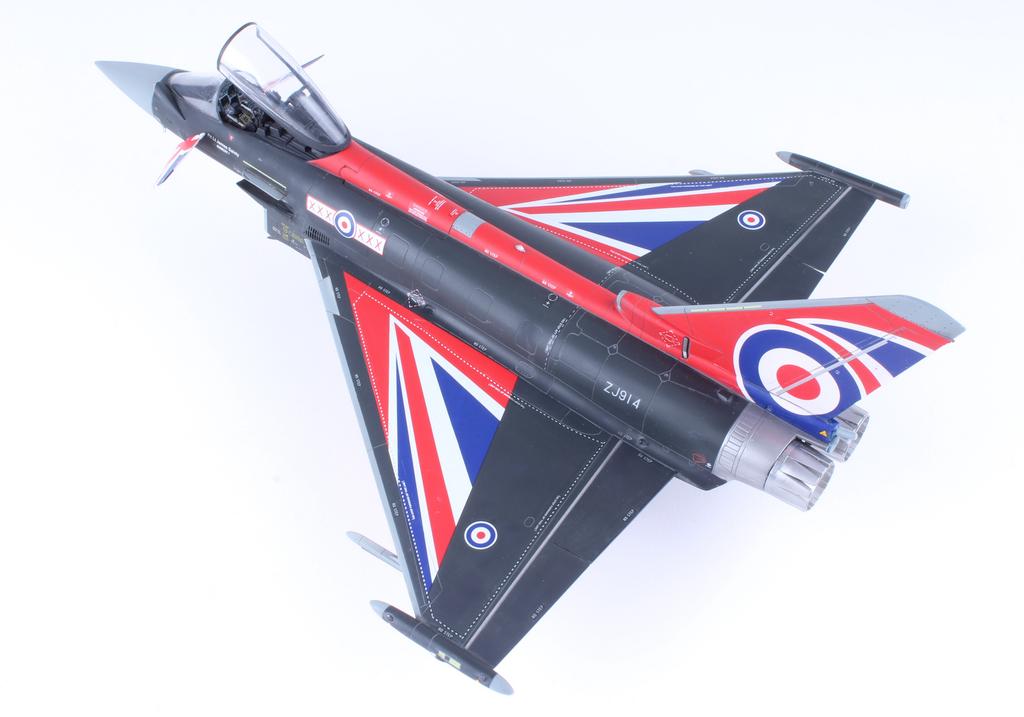 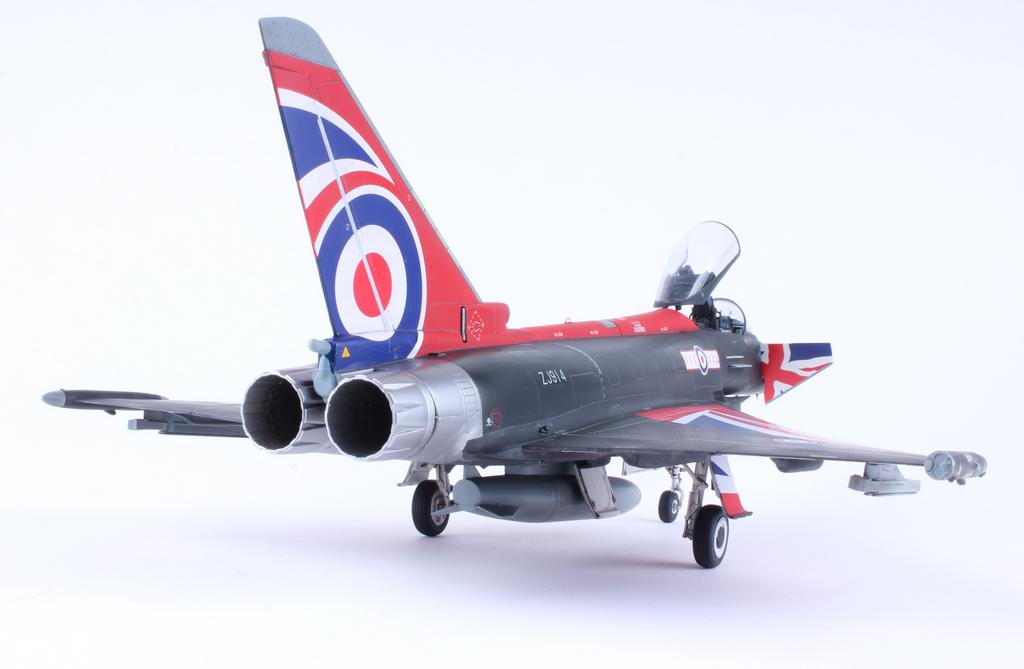 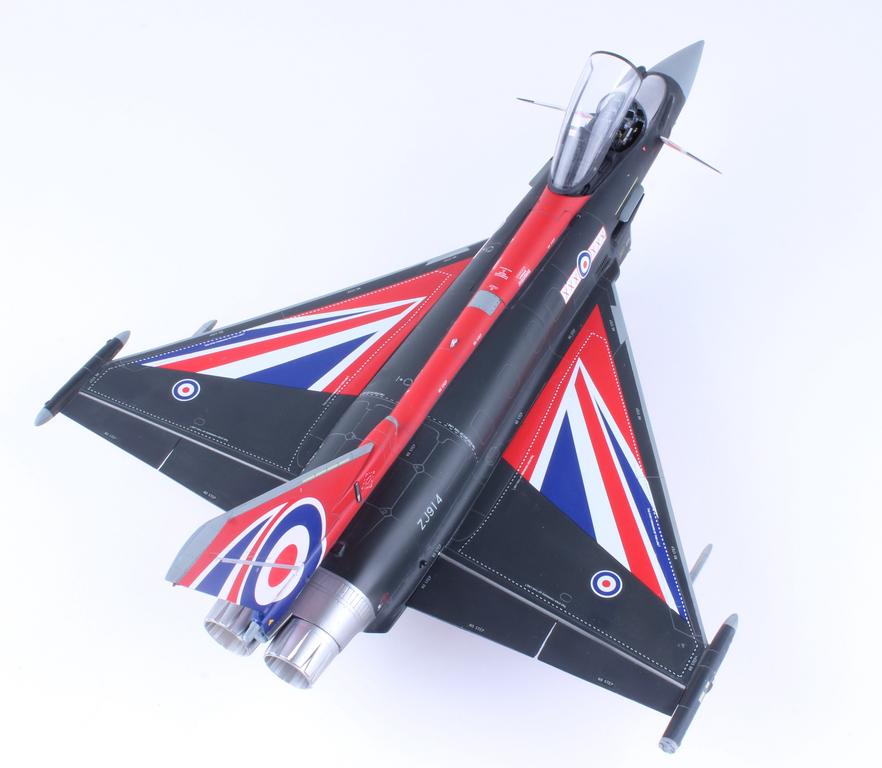 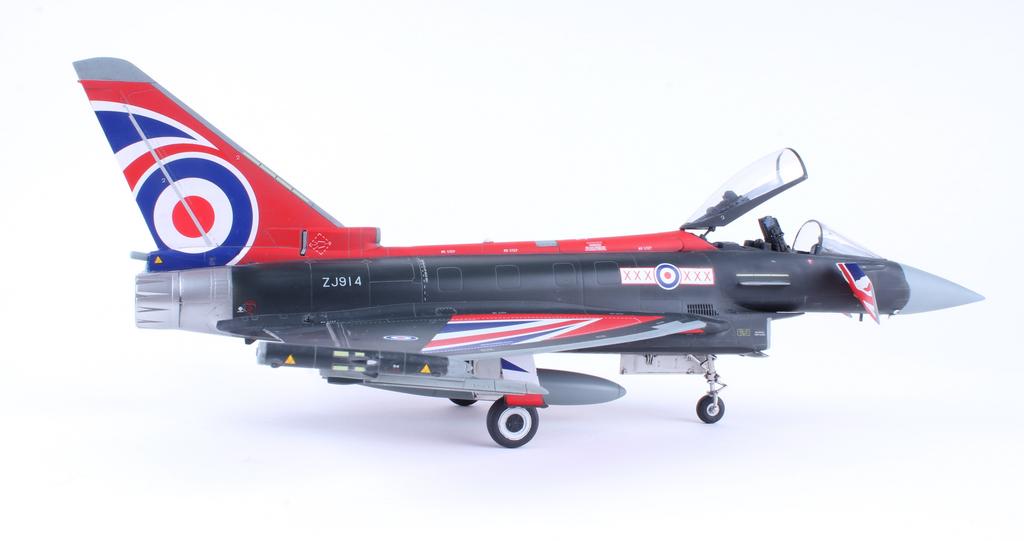 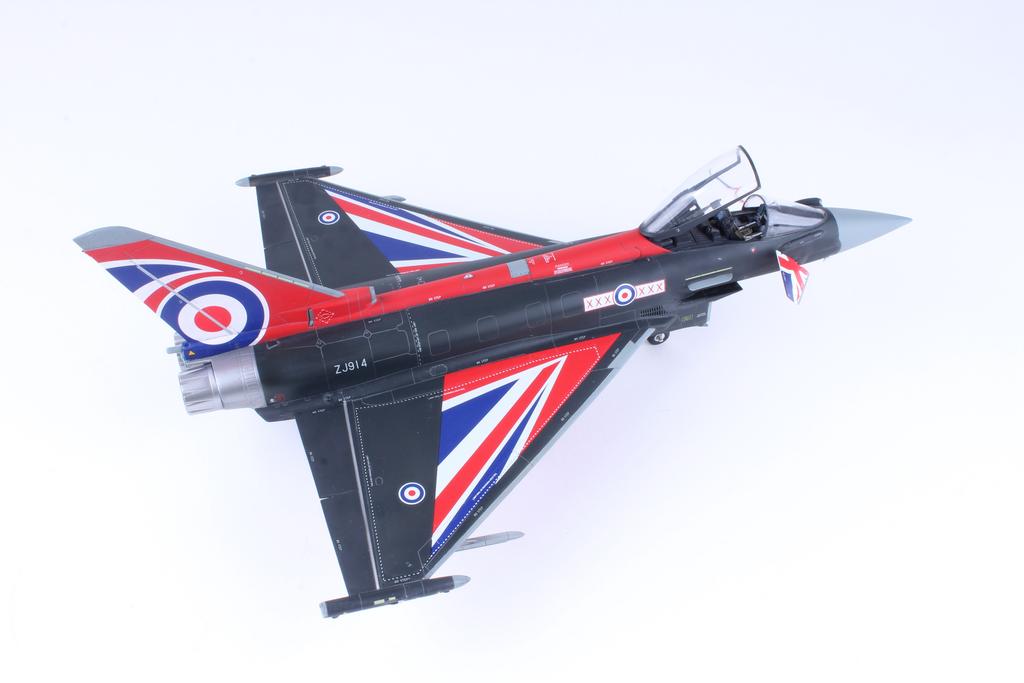 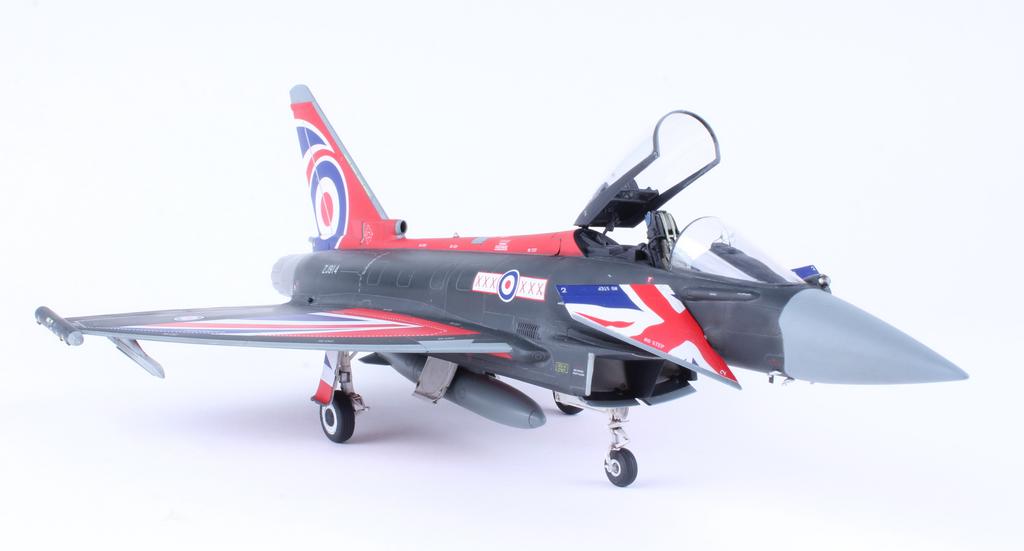 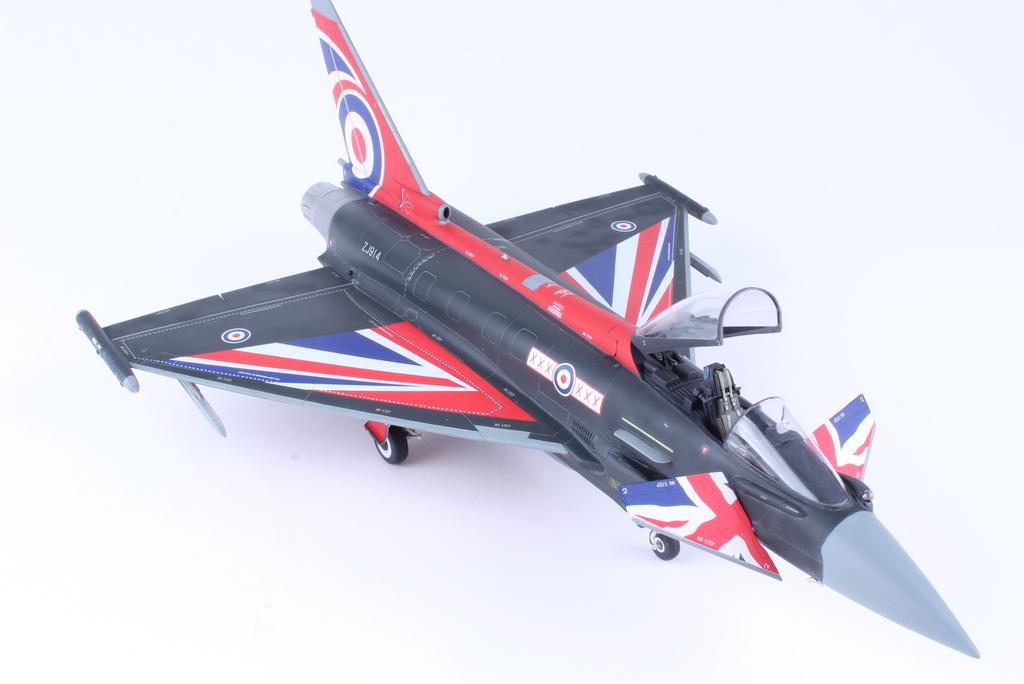 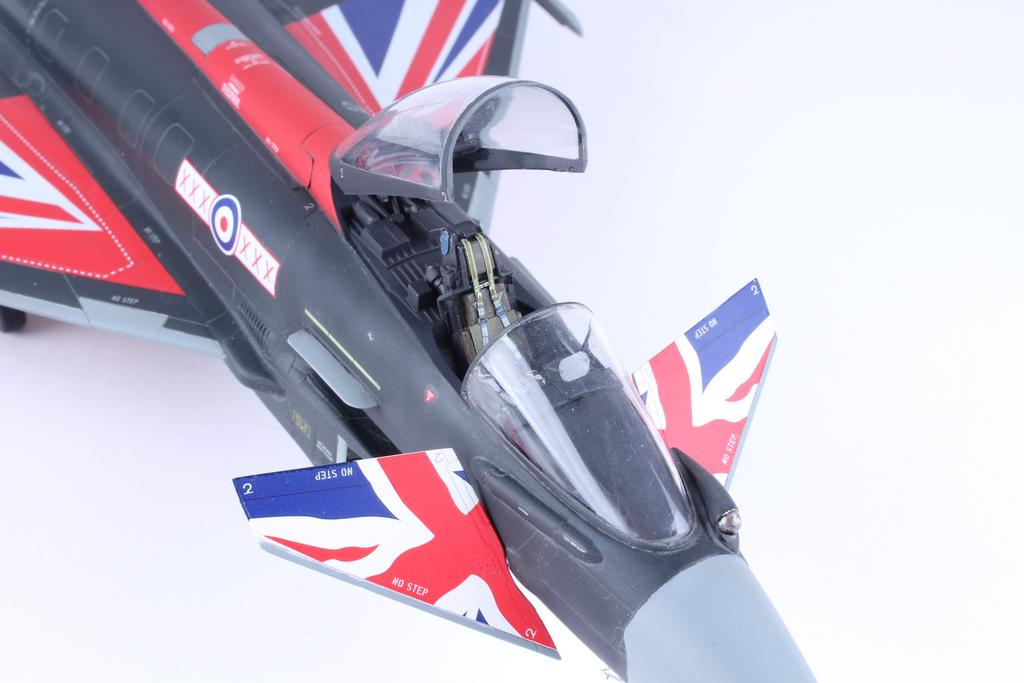 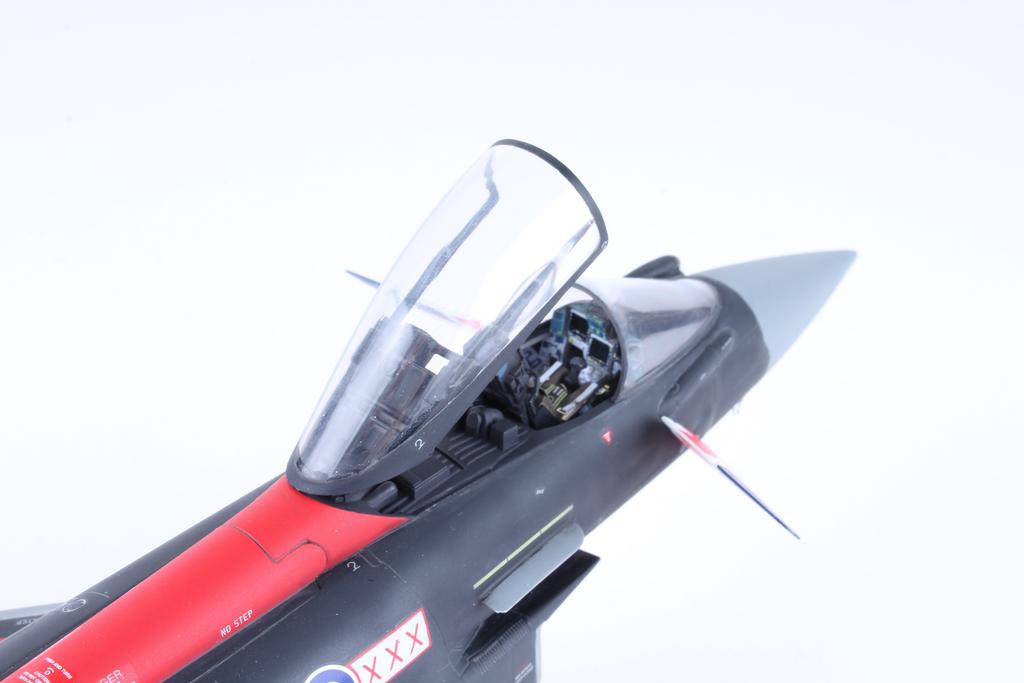 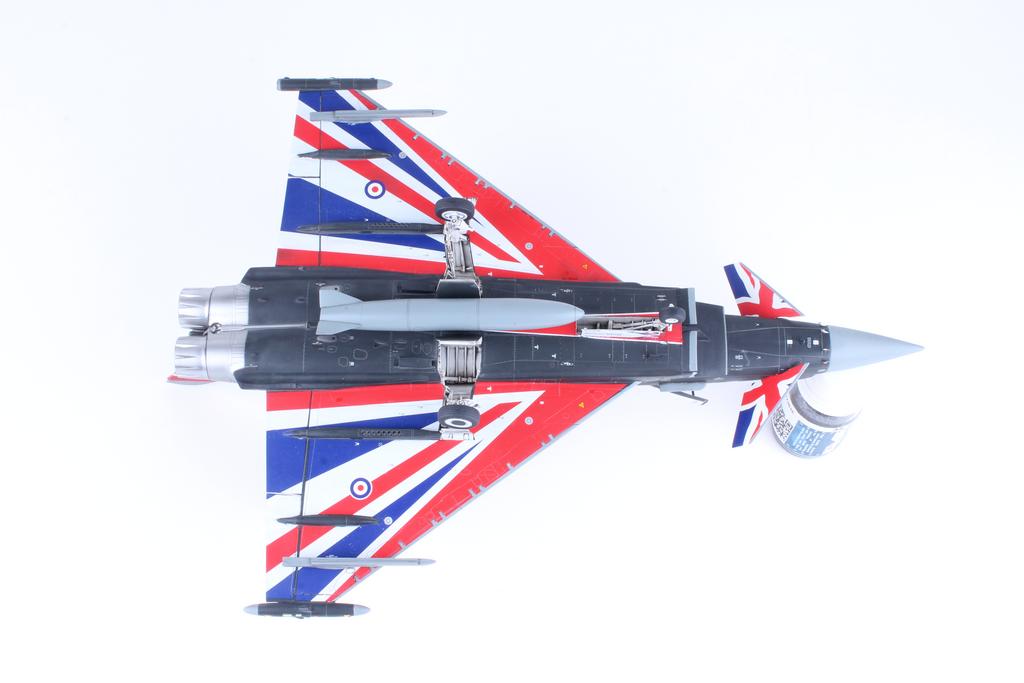 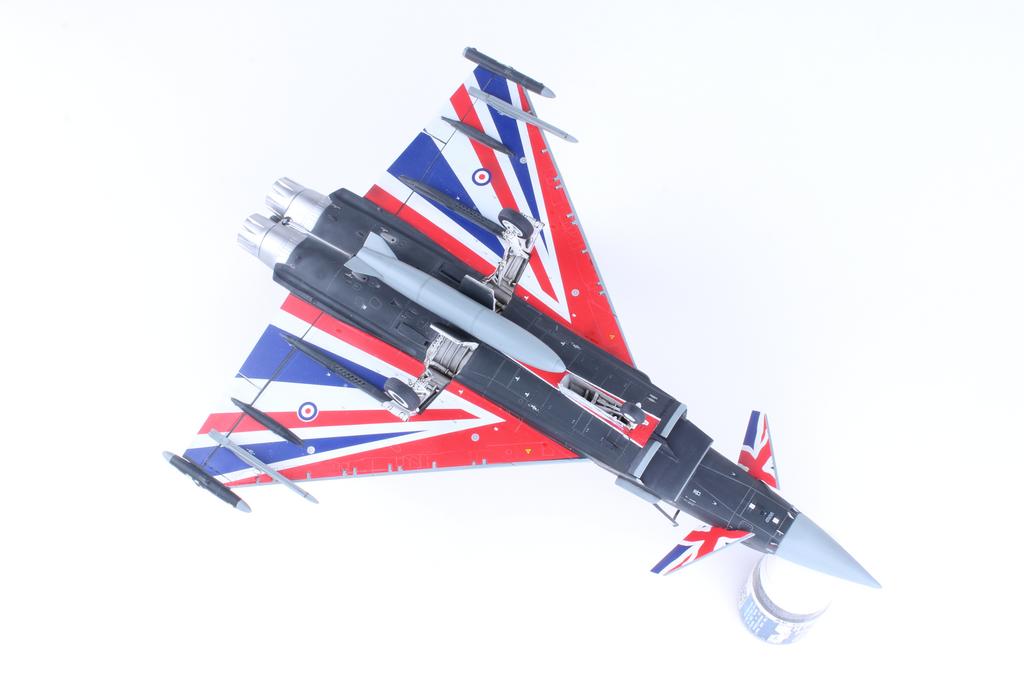 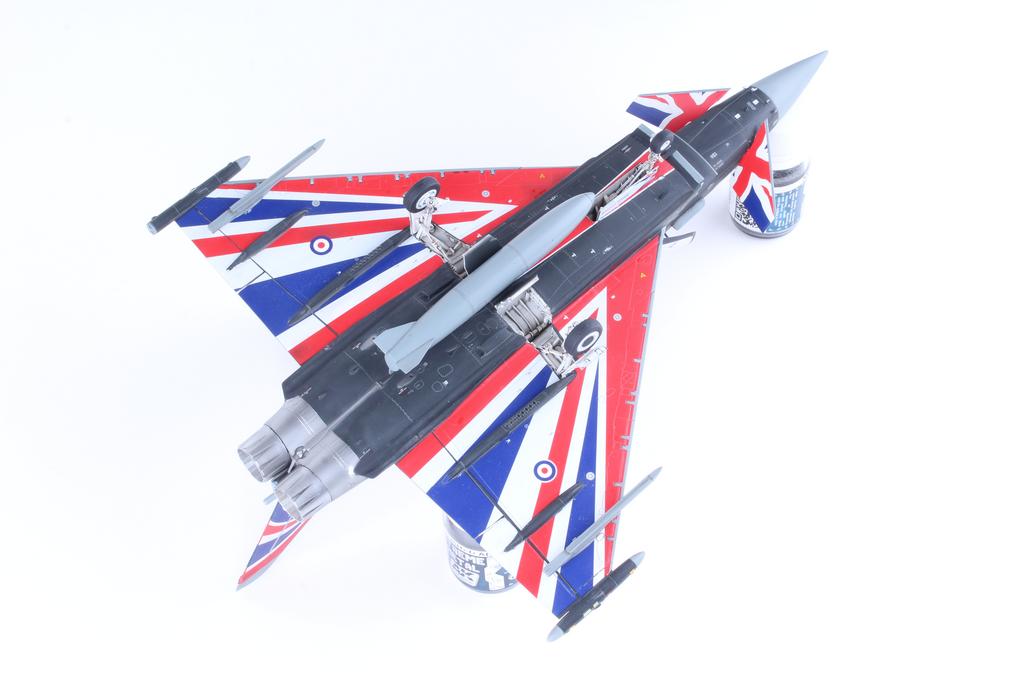 Noob question - are the cockpit details and the seat decals or stickers or have you painted them?

Vandle said:
Noob question - are the cockpit details and the seat decals or stickers or have you painted them?
Click to expand... 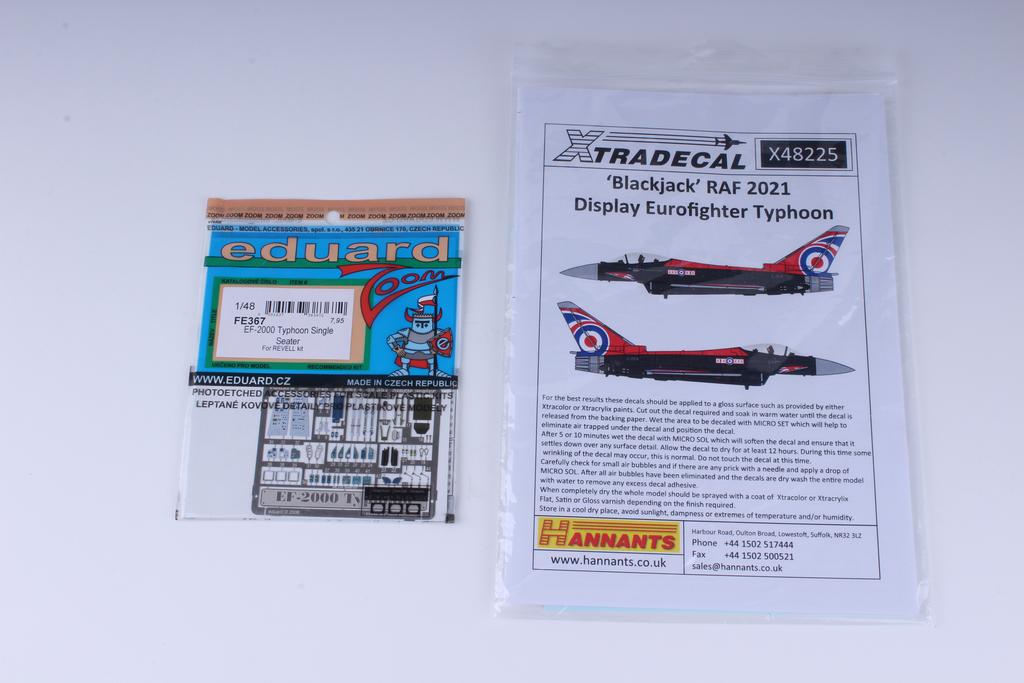 Ah cool. Cheers. Used to build them when I was a kid, obviously to a much poorer standard. Your work is great.
Im sure the little silver men from my zoids toys fitted nicely into the cockpits.
You must log in or register to reply here.
Share:
Reddit Pinterest Tumblr WhatsApp Email Share Link
Top