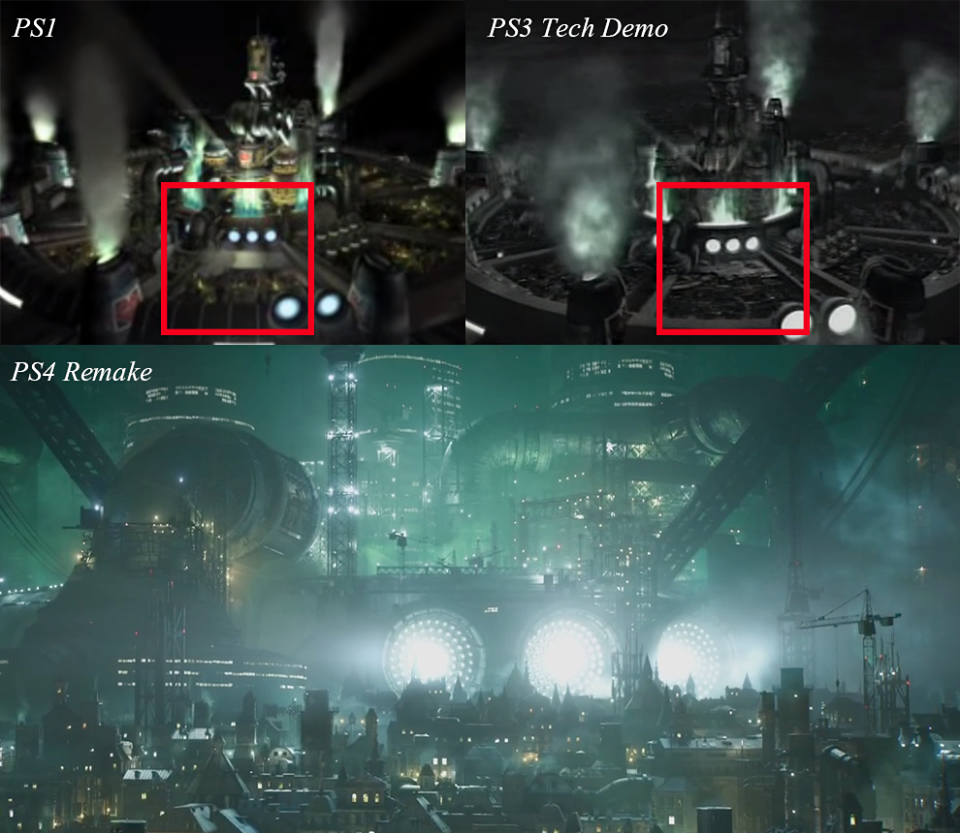 
Matson said:
A little more info from Neogaf. Its the summary of a recent interview basically.

-they made multi-release since they would have to cut stuff out if they made it in one game. The detail of the game will be so dense, and you will be able to go to various locations within Midgar that you couldn't go before.
-there will be some stuff that has to be cut, but there will be lots of stuff added. overall volume will be big
-They are working with various companies outside, including CC2
-The battle system is real-time, action feel. The degree of action will be "Dissidia > Kingdom Hearts> FF7 remake" It will be more tactical.
-Although it's action style, it has ATB as well.
-You can control other party members, but you can keep control of just one if you want
-3 party members at a time like the original


-Character model is supervised by Visual Work's director.
-They don't want to go with 100% realism for the characters since it might make it hard to recognize certain characters. So they are going as real as possible, while keeping the character's personality.
-Advent Children model data is over 10 years old so they can't really use it.
-Everything from the trailer (excluding the stuff that was shown from E3 reveal) was real-time. The end scene where Cloud gets off the train, it transitions directly to the gameplay.
-Cloud looking sick is partly due to the lighting. Nojima likes that Cloud looks very sick.
-Cross-dressing is obviously in the game, but Nomura didn't design it yet.
-All the party member's design is renewed like Barret.
-At first they thought of going with AC design of Barret, but decided not to.
-ATB and Limit gauge is there but they are different from the original. ATB turning red is something important.
-Battle tempo will be similar to Dissidia. Battle is done by people who have experience in both Dissidia and Kingdom Hearts..
Click to expand...

AAAHHHHH HOW DO I CONVEY MY EMOTIONS WITHOUT SWEARWORDS........

Sadly I bet it's years away, but it's happening!!

This pleases me. I think I would personally appreciate a remake of 8 more - although it has aged far better so maybe not.

I think it's going to be technically brilliant but I think it will ultimately disappoint fans. It's going to be fuelled by so much Nostalgia and happy memories that it's set to leave a sour taste in a lot of mouths.
It's my fave game of all time but the magic simply won't be there a second time especially knowing all story and secrets. It will just be a trip down memory lane.
That said, I enjoyed Zelda A Link Between Worlds for that very reason but it's a relatively short and much simpler game story wise.

I think this is why the announcement had no effect on me. Ten years ago may have been a different story.
Last edited: 16 Jun 2015

Zefan said:
This pleases me. I think I would personally appreciate a remake of 8 more - although it has aged far better so maybe not.
Click to expand...

. As much as I love VIII personally, they would be much better off doing VI or VII as VIII is very much the Marmite game of Final Fantasy's golden era.

I think VI has aged well and doesn't warrant a remake tbh.

Final Fantasy 7 was the reason I traded a Sega Saturn 2 pads and over 20 games for a Playstation one pad no memory card 1 game.

This was that one game.

Unbelievable, this announcement is what everybody is talking about this morning.

Literally my favourite game of all time....im in shock tbh, as I never thought they would do it.

Not just to PS4. It says 'First on PS4'. It'll come out on everything eventually, they'd be mad not to, it's going to sell millions.

Was the rumor not a console exclusive for a year?

Yep, SquareEnix dont have the money anymore to make big games like this exclusive to one platform. I be buying this on day one for the PS4 as I want a physical disc but it also get the PC version for those super high resolution textures.

This could be a start of an era, once FF7 is out the way then they can do 8 and 9 as the engine will already be there.

I hope they don't mess up the soundtrack. They did well with the remastered soundtrack of FF10 HD.

Excellent news, this is my game of all time.

Bit anxious... i just pray to god they get this remake right..

i have a horrible feeling in the pit of my stomach its going to turn out like a pile of hot sick.

So the most recent rumours were true. Now Half Life 3?

Edited as I agree, probably come to Xbox and PC a while later.

I just can't see it releasing on Xbox. FF7 has always been a Sony thing. It'll only come to PC because of it was originally.

Xinn said:
So the most recent rumours were true. Now Half Life 3?
Click to expand...

No chance! If that was to happen then Holy Sh...Smokes

That would be unreal

Moothead2 said:
I just can't see it releasing on Xbox. FF7 has always been a Sony thing. It'll only come to PC because of it was originally.
Click to expand...

Because of it was originally?