Yeah i guess, i forgot that i could record it on my phone.

The super sad part of me is tempted to go home at lunch to get the charger!

Nothing sad about that, half the fun is recording it.

Lots of aches and pains lately, not sure what is going on perhaps the ultra did more to me than I thought?
Did go for a first swim in years yesterday, felt like a lead weight, but enjoyed it and looking forward to further improvement.
Least it'll give these old joints a break.

Yeah, I've been having an issue lately with my left hand side feeling weak around the hip and down into the groin. Not really sure what to do about it. Got a half coming up in a week, but think I need a week or two off after that 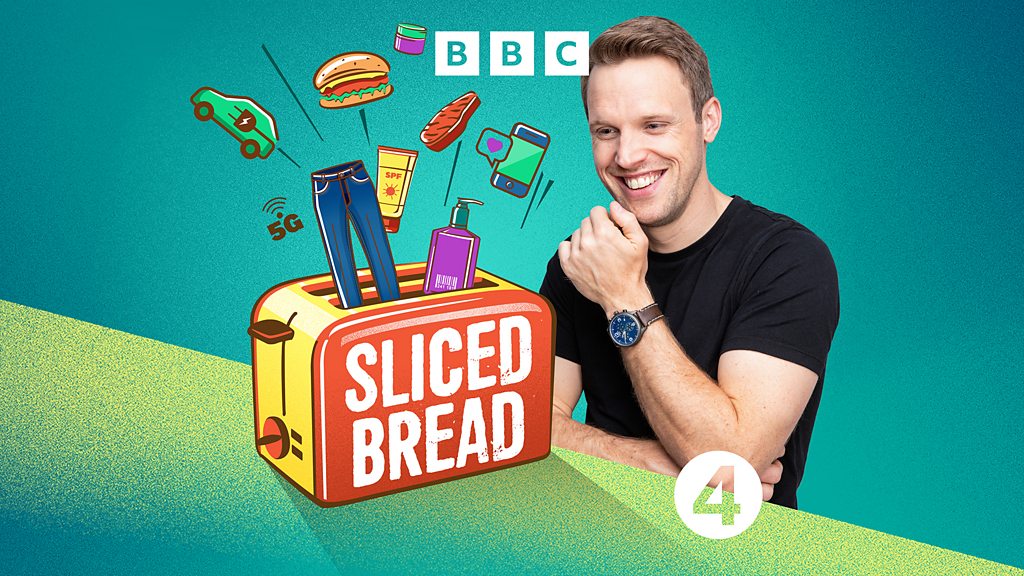 Is it worth paying more for a pair? Will they make you run faster?

Found this quite interesting, I can’t justify spending £250 on a pair of running shoes.

Well my watch did me proud, luckily the run wasn't the biggest, and i'd put the watch into battery saver mode during the day. Ended the run still on 3%

hux said:
Lots of aches and pains lately, not sure what is going on perhaps the ultra did more to me than I thought?
Click to expand...

I think there's an element to that. I've had quite a few times where i've felt much more fatigued once i'm getting over 15 miles than i would have expected. I had assumed at some point i've had Covid without realising and only suffering from some of the longer term affects, but then i also wonder if it could just be fatigue following the Spain run taking a while to recover from. My recovery after the run was hardly perfect given i was in Spain and so drank plenty of wine/beer and then my diet since i got back hasn't been as good as it had been prior to Spain.


I've got the Howgills marathon on Sunday. Hoping the weather holds out, as last time i was up there it was snowing and lots of low heavy cloud which meant visibility was around 20m and i missed out on the lovely views!

Also a good idea, is that the running club have created their own "round". They tend to always run within the local moors etc and so have created a route called "The Boundary" which follows the outer perimeter of the usual weekly runs. Works out around 30 miles and 4000ft so a nice do-able effort. 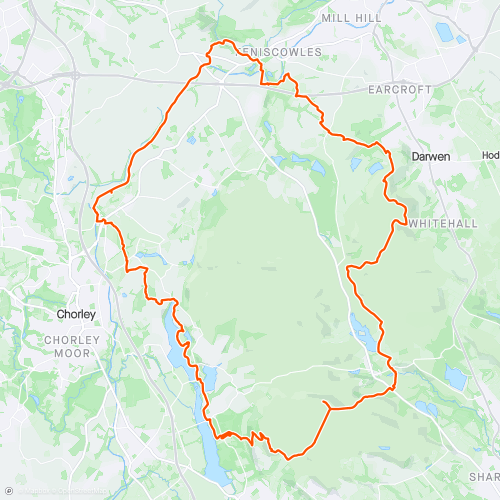 The Boundary is a 46.7 km Trail Running Route created by Martyn Thompson on May 13, 2022. It has a total elevation gain of 1,208 meters. Sign up for Strava to save this route and share it with your friends.

Obviously i don't see it taking off like the Bob Graham/Paddy Buckley but it'll had a nice competition within the group. They've even got some customised keyrings made inscribed with name/time!

manic111 said:
Yeah, I've been having an issue lately with my left hand side feeling weak around the hip and down into the groin. Not really sure what to do about it. Got a half coming up in a week, but think I need a week or two off after that
Click to expand...

Sounds like sciatica to me, bit of nerve compression going on.
I have the same thing, but touch wood it just hurts and not hugely impacted my running.
I just seem to have lots of stupid aches and pains, I'm sure I'll get over it.
I did do that ultra, then the week after that 11.6 mile race, so I think it's my body just letting me know about it, as oddly I can walk about fine, it's only when I run does it all come out
Anyway I'll have a swim tonight, as I plan on doing parkrun Saturday morning.

Hard to have sympathy sometimes. Did the Howgills marathon today. On the way home I’ve hit a load of traffic and haven’t moved for about an hour now.

Im absolutely starving, dehydrated and legs are starting to seize up (keep getting out of the car to move around).

Martynt74 said:
Hard to have sympathy sometimes. Did the Howgills marathon today. On the way home I’ve hit a load of traffic and haven’t moved for about an hour now.

Im absolutely starving, dehydrated and legs are starting to seize up (keep getting out of the car to move around).
Click to expand...

Yeah runs can't half suck at times, one thing the big runs taught me is to always carry extra.
Take it easy over the next day or two.
My aches eventually subsided, I did switch to taking a lot of cod liver oil and I think the pain was my body ridding itself of injuries.
Did parkrun yesterday, totally smashed my previous by 2 minutes with a 24.06, and I was able to run up most of the steep uphill that always gets me.
So next time I intend to run it all the way.
Got the great west run in Exeter next weekend, so looking forward to that one.
Could use my Takumi Sen 8, by I'll probably use rc elite 2 for comfort.

The run itself was brilliant to be honest. It's an odd one as you tell people around here you're signed up and they suck through their teeth and wince with a reputation for being tough. However it wasn't really that bad. It's got a huge climb for the first 4 miles, but then drops down into a valley which had awesome single track winding down. The sun was shining and it felt brilliant.


I had a slight dilemma at the start. A few people from the running club i sometimes attend were also there. We chatted at the start and then set off together, however on the climbs they were going slower than i'd liked, because everyone was walking anyway it didn't bother me for a while as i figured i wouldn't be going much further by just walking at a faster pace. However after around 1.5 miles i decided i wanted to push on. After the DNF in Spain i had a few time based goals in mind, and so losing a couple minutes early on might cost me. Couldn't decide whether to comment on my leaving them or not, so just slowly picked my way ahead of a few people in front, looked back a few times to nod towards them and then cracked on, inching my way past quite a few people.

This then dropped down into the valley i mentioned above. Not my pic, but taken by a friend 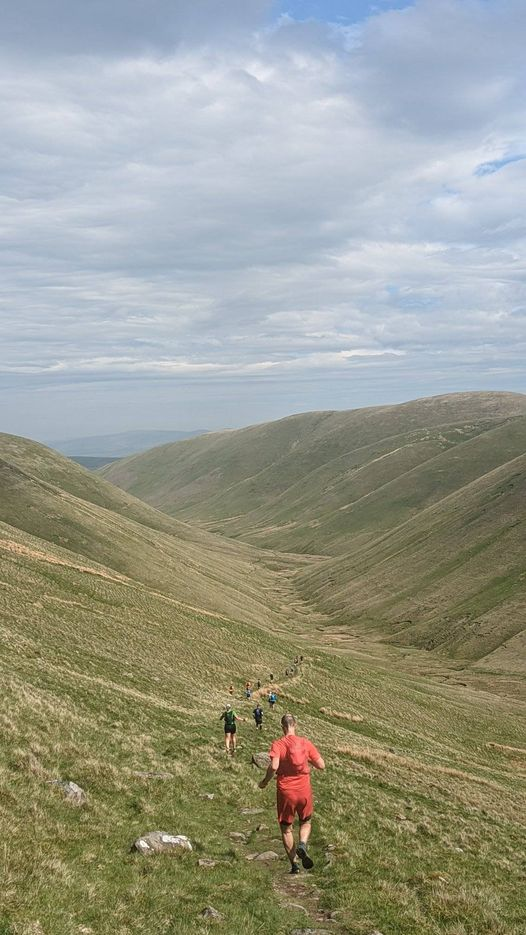 Was feeling quite good, and was watching my average pace increase after the first 3 miles of slow hills. Fairly annoyingly the second half of the route was a bit more boring. Since it was all low level, it was a mixture of roads and slightly muddy farmers fields, until around mile 20 when it winds it's way back through some woodland to the side of the hills.

Overall an enjoyable day out and i was pleased with my time at 5:23. Quite a bit quicker than my previous trail marathon attempt (6:22). Could've probably pushed for quicker if i'd really wanted but my "realistic" goal was 5:30 and so coming in well ahead of that was enough for me.

The traffic on the way home was horrific as mentioned. I got out the car to stretch a lot, but in the end it was well over 90 minutes of the car not moving and i had absolutely zero water/food with me in the car. Annoyingly i was only half a mile from Lancaster services.

Weirdly today it's my ankles/knees which are feeling achey. Possibly due to the hard rocky ground and pushing myself a reasonable amount, i felt much better after Spain even though it was 15 extra miles and well over double the ascent, but i guess i walked a lot and put less stress on joints.

Looks marvellous. Good to be able to get out without getting wet all the time!

I got in from work on Friday to find everyone was going out for the night, so I took the chance and went out. Felt good enough that I could do 10k in stead of the 5k I was thinking of, but then got a blister and somehow cut my ankle, so it turned into a walk/limp... Anyhow, it is better than nothing I guess. Onwards and upwards and all that.

Looks like a good run there, mine has no paths as it was grassy rutted moorland hence why my ankle gave out towards the end.
That view has me itching to do another, lucky there's one coming up in the next few weeks.

It's not quite your stunning trail runs, but is anyone doing the Hackney Half tomorrow?

Nope Exeter half for me tomorrow, then it's the South West traverse next week, that'll be a doozy 45 miles for me.
But I'm getting quicker on the hills, so should be fine.

hux said:
Nope Exeter half for me tomorrow, then it's the South West traverse next week, that'll be a doozy 45 miles for me.
But I'm getting quicker on the hills, so should be fine.
Click to expand...

Ah nice, good luck! I'm horribly underprepared for the half, it was a very last minute social sign up. Should be fun though!

manic111 said:
Ah nice, good luck! I'm horribly underprepared for the half, it was a very last minute social sign up. Should be fun though!
Click to expand...

You'll be fine, just go easy and enjoy it.
Got me some guggi tecton x hokas coming for this ultra, I cannot wait reviews say they're better than speedgoats.
I'm actually up London in August, what parkrun do you reckon is best?

Always the one with the least amount of dogs

Not the greatest news from physio, mostly because I'm outsourced in my new job for first 12 months so don't have the private healthcare yet like most others to investigate the problem further.

He suspects it's probably inflammation in my bursa or some scar tissue causing problems, so generally would organise an ultrasound and then see if I need shot of something in there.

He recommended a few exercises to generally strengthen the muscles around the ankle/foot so guess more of a waiting game for it to heal naturally now.

Nice half marathon for fun today, sure is a beautiful one

Brilliant run, 6 minutes behind last one with 1.41.37 but different course, and started at the very back so lots of scalps I had to fight for.
Felt strong all the way until right at the end, really went for it.
Didn't half get some dirty looks for whizzing past mind

Check out my activity on Strava: https://strava.app.link/rzIeRcPffqb

@neoboy That sucks, I've had bursitis it takes an age to rid yourself of it.
Lots of cod liver oil will help a lot.
Last edited: 22 May 2022
You must log in or register to reply here.
Share:
Reddit Pinterest Tumblr WhatsApp Email Share Link
Top Bottom