What "man jobs" have you done today?

You use a ride on to cut that size area?

A robomower would do well there

Richie said:
You use a ride on to cut that size area?

A robomower would do well there
Click to expand...

No, just a little Honda Izzy - ride on is a bit of overkill and too big to get down / up the steps between the front and back garden ( were
on a bit of a slope! )

Forgot about the steps...definitely a robomower would eat that area alive.

I have an older Honda Izy as well (16" HRG415). It's now 15 years old and has never let me down. Will always start after 1-2 pulls of the cord even after sitting all Winter in a shed and not moving.

The only thing I have had to replace is the cord. I now no longer feed it through the loop in the handle as this is where it eventually wears and breaks. Just ordered a new blade for it as well.

Fantastic machines which will last a lifetime IMHO

khrall said:
Awesome looking table, but I cannot unsee the two kallax units being on different sides now that I've noticed it.
Click to expand...

Oh god...that would hurt me.

Delvis said:
Oh god...that would hurt me.
Click to expand...

You too mysterious have good eyes, I had to zoom right in on my phone

khrall said:
Awesome looking table, but I cannot unsee the two kallax units being on different sides now that I've noticed it.
Click to expand...

goddamnit, you've pointed it out lmao

Aye that woudl do my head in

I built a thing over the last week or so. Shed provided by Tiger Sheds - the quality wasn't great and they missed a number of the fixings I needed (half of the screws were missing) but I was able to build it watertight and straight with some manhandling.

Cleared, levelled and with membrane and grids:

Shed base laid on top of additional bearers (not provided by Tiger) and first haul of 10mm pea gravel:

[Edit] Forgot to add, size is 12x4 - I couldn't go any wider without getting too close to the house and losing the ability to get behind the shed at the back.

Been thinking about putting a shed in, think this gives me good ideas for the ground prep work.

Aye that woudl do my head in

Tables looks fantastic, where's it from @lego
Click to expand...

What "man jobs" have you done today?

@{SAS}TB Who would've thought they would be so noisy and messy; What a great new home you found them. :) Great job on the Greenhouse and Bed (does your neighbour(s) have cats?) they will see all that lovely soft soil and leave you their calling card. ;) Lol, yes theyre definately better off...

Cleaned out rear gutter yesterday and today did the front and wiped all the plastic down -Then got steps out and sprayed roof with moss killer - haven't done it for two years.

Built a potting table for the Ooni Pizza oven Not quite up to that standard but I picked up a folding wooden outdoor table for ours from ikea, it fits perfectly and packs away flat in the garage for when not in use. 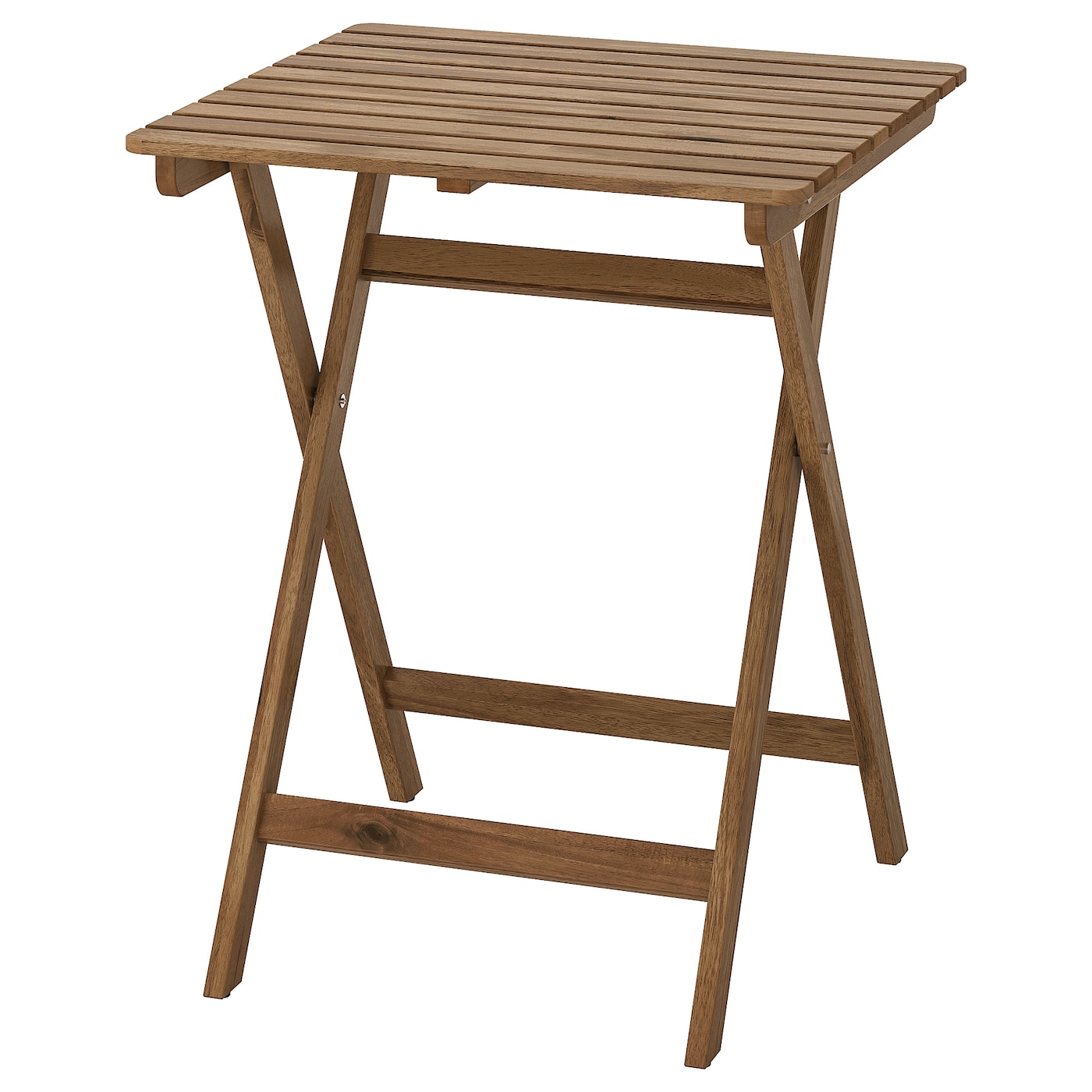 ASKHOLMEN foldable grey-brown stained light brown light brown stained, Table, outdoor. Perfect for your balcony or other small spaces as it can be folded up and put away. For added durability and so you can enjoy the natural expression of the wood, the furniture has been pre-treated with a layer...

One of the tiles was about 2mm too big as well, so there wasn't adequate expansion gap. It meant there was a fraction of a mm rise that was driving me nuts.

I hadn't contemplated this jigsaw not going back together properly but thankfully it did. The tiny issue is gone - all done and dusted in about 2 hours. 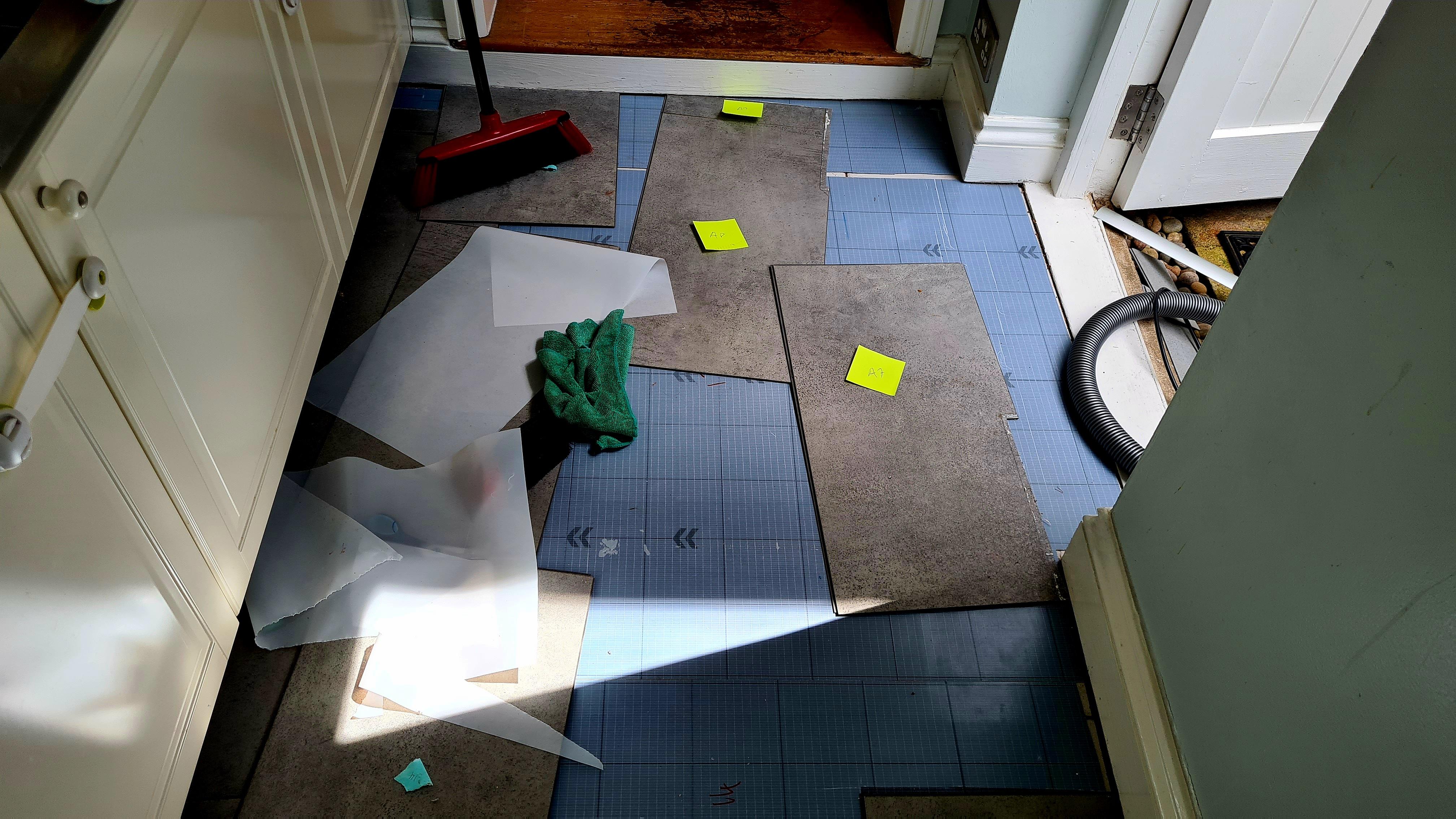 The cable in the garage door mechanism was fraying badly. Replaced that and painted the handle with black hammerite.

Took Friday off and had a long weekend doing stuff in the garden.

When we had the kitchen extension done we had the main incoming electrical supply moved from overhead wire to buried cable. BT/Openreach still have their cables on it feeding me and next door. After 18 months plus of refusing to move them / silence,.out the blue they are coming "in the next two weeks" to out a new pole in the verge alongside our property, drop and remove the existing pole in our garden. Great news, but had to shift two roses growing up it. Not the best time of year, but needs must.

One was actually buried in a pot...

Could also do with another load of bark chippings to top it off ...

Then topping off the back flower beds

Were a few lumps of sandstone to dig out

Raked out, weeded and dug over

Then topped off with topsoil after shaping the edge

Put a twee little "path" in to get the lawnmower in

Weeded the raised bed under the front window

Then another border needed for the front garden ...

Long three days, tired and achy, but starting to look good out the front

Not quite as good as next door, but meh

psd99 said:
nice good job there u can sit back and relax for now then