Windows 11 encryption - Is it needed or desirable on a gaming PC?

Hi all. It's just occurred to me how little I know about this topic!

I understand that some motherboards have TPM 2.0 modules. I have a 5900X on the X570 platform. I enabled fTPM in the UEFI BIOS prior to installing W11. However, my system is not encrypted. Under system information the reason given for failed automatic encryption is as follows:

I'm not overly bothered by this as it's not a laptop/mobile device. However, is it desirable to have a home gaming PC encrypted?

What are the implications for hardware changes or BIOS updates on an encrypted W11 system? I understand that a Microsoft account can store an encryption key now. How does this work in practice?

I was hoping for a little discussion to get a better understanding of this topic in general.

NB: Also, if a device was encrypted using the AMD fTPM module on the CPU, and then someone did a CPU upgrade without disabling encryption first - presumably you would be locked out? Or what if the CPU failed?
Last edited: 22 May 2022

Mcnumpty2323 said:
Only ever tried the encryption once
And after a while something went wonky and I got locked out
Click to expand...

This is what I am most worried about and why I don't really want to encrypt my gaming rig!

I read that Windows 11 will encrypt by default now if hardware conditions are met?

OverDrive said:
This is what I am most worried about and why I don't really want to encrypt my gaming rig!

I read that Windows 11 will encrypt by default now if hardware conditions are met?
Click to expand...

OverDrive said:
I read that Windows 11 will encrypt by default now if hardware conditions are met?
Click to expand...

That's incorrect - BitLocker isn't enabled by default and I suspect it never will be as Microsoft won't want to be sued in a class action data loss lawsuit if anything goes wonky with the TPM.

BitLocker *is* easier to enable with a TPM enabled as it doesn't require any extra authentication - it just encrypts your drive and then you unlock it by logging in. I have my Windows/boot drive encrypted as there's a lot of stuff on there I wouldn't want to fall into the wrong hands if it got nicked (password manager, crypto wallets etc.) 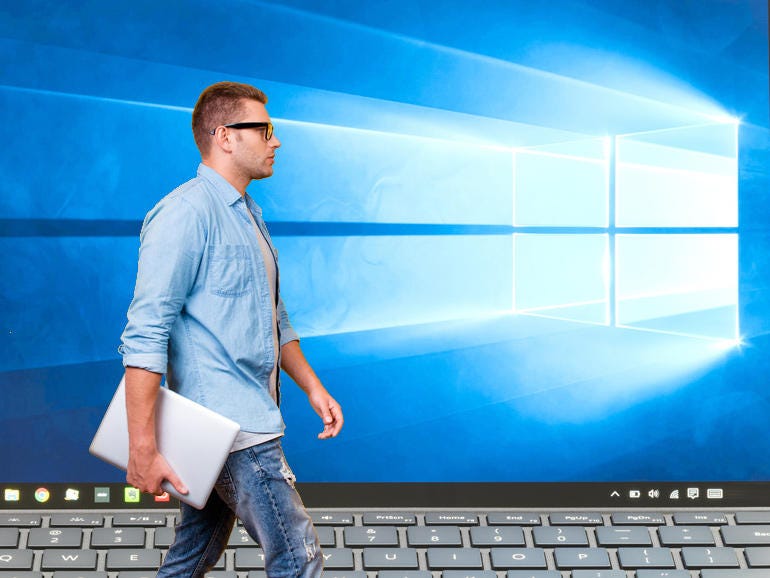 BitLocker Guide: How to use this Windows encryption tool to protect your data | ZDNet

Encrypting every bit of data on a Windows PC is a crucial security precaution. Windows 10 and Windows 11 include the same strong encryption options, with business editions having the best set of management tools. Here's a hands-on guide.

www.zdnet.com
My biggest concern is if something goes wonky
And windows won't boot
How do you get your data back?

After having devices stolen in the past, I'm a firm believer in encrypting drives. The overhead is pretty minimal and I don't notice it in day to day use. The peace of mind that any docs etc won't be accessible is worth it for me. I've been using BitLocker on many devices, both at home and in work for years and have so far had no issues with it breaking. However, if you don't keep anything important on your PC then you'd gain nothing from enabling it.

By restoring from your backup of course!

Mcnumpty2323 said:
How do you get your data back?
Click to expand...

You should have printed off some recovery keys - which are also stored in your Microsoft account. Failing that you restore from your backup.

Quartz said:
You should have printed off some recovery keys - which are also stored in your Microsoft account. Failing that you restore from your backup.
Click to expand...

Mcnumpty2323 said:
If I had a printed copy someone nicking my pc might nick that too lol
Click to expand...

Just store the printout in your safe or somewhere safe.


Mcnumpty2323 said:
But it was some sort of Microsoft account error
We couldn't fetch or verify your recovery key
Click to expand...

Literally just turned on the pc
Nothing has been changed at all
This isn't the error I previously mentioned
But does show things can go wonky
For no reason
And first time trying to put an image in
With the new forum
Thats not working either doh!
hmmmm not working on mobile but looks like is on desktop

That looks more like a CPU/MB issue than a TPM one though - curious that your MB suddenly thinks the CPU's been out. Of course, it's something to bear in mind if your drive's encrypted using an fTPM and you do plan on swapping out the CPU in the future - if you have a copy of the recovery key it's a non-issue though (also, it's still possible to encrypt using BitLocker without a TPM, even on Windows 11 Pro - in this case you only need the password - the TPM or lack of one is irrelevant).

After reading this, I thought Id try bitlocker as I use trucrypt on all my other drives but Ive got no protection on my boot drive and my motherboard has TPM so no need to mess about with passwords.... And so far ok,, things was a bit slow after encrypting the drive but it soon speeded back up... Has anyone tried to use a bitlocker drive on a different device and if so, what happened?
Last edited: 26 May 2022

can you even use data recovery services if the failed drive was encrypted?

Phil2008 said:
Has anyone tried to use a bitlocker drive on a different device and if so, what happened?
Click to expand...

You can encrypt other fixed disks too - if you're not using a TPM, they get unlocked using the same password you use before Windows boots.

Cyber-Mav said:
can you even use data recovery services if the failed drive was encrypted?
Click to expand...

Potentially - if you have your recovery keys - however, the chances of retrieving the data are likely much, much worse (Seagate's data recovery service only applies to unencrypted drives for example). That's kind of the point though - if you're using encryption, you should also be backing up your data and storing it somewhere secure.

Whats the best free bitlocker alternative app to use with win10 home as I wouldnt mind doing the same with my laptop?

Phil2008 said:
Whats the best free bitlocker alternative app to use with win10 home as I wouldnt mind doing the same with my laptop?
Click to expand...

I've not used it, but it's the successor to TrueCrypt, which I used to use back in the day but has been discontinued. To be honest, for ease of use, I'd just stump up for a Pro upgrade to get BitLocker.
You must log in or register to reply here.
Share:
Reddit Pinterest Tumblr WhatsApp Email Share Link
Top Bottom